The days are growing darker and there’s a chill in the air–Halloween is near and we’re ready for a scare! Spooky season is in full swing, and the frightening festivities in Dallas kick off this weekend. Whether you’re looking for a kid-friendly fest, a high stakes costume contest, or a swanky holiday bash, we’ve rounded up all the best bashes in town.

The Forth Worth Zoo will host their annual Boo at the Zoo event October 25-27. This family-friendly event will have Halloween-themed activities throughout the park all day included with the price of admission.

Winfest at Win Kids will be held on October 27 at 2p.m. to 5 p.m. Open to kids of all ages, there will be bounce houses, games (including a ninja warrior course) and a costume contest.

Malloween, hosted by Music City Mall in Lewisville, will provide a safe, indoor trick-or-treating opportunity on October 31 from 6-8 p.m. Tickets are free; characters will be attending for photo ops, and popcorn and cotton candy will be provided while supplies last.

Denton’s Day of the Dead Festival will be held October 26. Activities for the day will include coffin races, a pumpkin patch and the Twilight Lantern Parade, where the kids can walk the streets of historic downtown Denton with their own paper lantern.

The Fort Worth Stockyards will host their annual Treat Street event on October 31 from 5-7 p.m. Full of treats, games, and hayrides, this free event is fun for the whole family. Kids that come in costume will also have the opportunity to enter the Cowtown Cattlepen Maze for half-price.

Friscovania, a massive Halloween extravaganza, returns to Toyota Stadium on Saturday, October 26 from 3-8 p.m. This year, the free event includes a haunted carnival, games, DJs and live entertainment, a costume contest, and a fashion show and concert.

The Shops at Willow Bend in Plano are hosting an unusual holiday affair, a Halloween and Christmas Mashup on Saturday, October 26 from 5-8:30 p.m. You can carve pumpkins and decorate ornaments, meet Santa, and watch a screening of The Nightmare Before Christmas. It’s a free event.

Mutt’s Canine Cantina in Dallas hosts its annual Howl-O-weenparty on October 19 from 1-4 p.m. Arrive early to enter your pup in the costume contest!

Fangoria and the Dallas Museum of Art are teaming up for Mid-Century Modern Horror, a day full of retro thrills on the big screen in the Horchow Auditorium. There’s a screening of A Bucket of Blood at 3:30 p.m., a screening of Peeping Tom at 6:30 p.m., and a special preview screening of A24’s In Fabric, which will include a conversation with the film’s costume designer, Jo Thompson. Tickets are $10-30.

Danielle Georgiou Dance Group and Theatre Three present a haunting new dance musical, The Bippy Bobby Boo Show, from October 25-November 2. The play is styled after a ‘60s musical variety show, with talented ghosts taking the stage one after another to entertain you with music, dance, and comedy. Ticketsare $20.

The Mesquite Arts Theatre, which is housed in an old hospital, revisits its past during its annual fundraiser on October 26 from 4 to 7 p.m. The Haunted Hospital Tour will be filled with surprises and restless souls. The event is open by donation.

Halloween Bash at the Boo-tanical Gardens in Grapevine is happening October 26 from 6 p.m. to 10 p.m. There will be activities, food, a costume contest and live music from the Michael Hix Band. Tickets are $10 for adults and $5 for kids.

Spooky Sprint North Dallas will take place on October 26 at the Carter Softball Complex and Duck Creek Trail in Garland. Entry fees start at $33, and they are partnering with Hope Clinic-Garland to collect personal hygiene items and basic medical supplies. Be sure to stick around after to show off your costume, and participate in one of many activities.

Rainbow Vomit will open its doors to guests to bring a special Halloween version of “Night Mode.” Their art exhibit will be transformed for a new interactive Illumination Station, which features a curated sonic experience. This event is 21+, and is BYOB. Costumes are encouraged, and tickets start at $23.

The Dallas Symphony Orchestra is performing the haunting score to The Nightmare Before Christmas while the movie plays on the big screen at the Meyerson Symphony Center from October 31-November 3. Costumes are encouraged. Find tickets here. 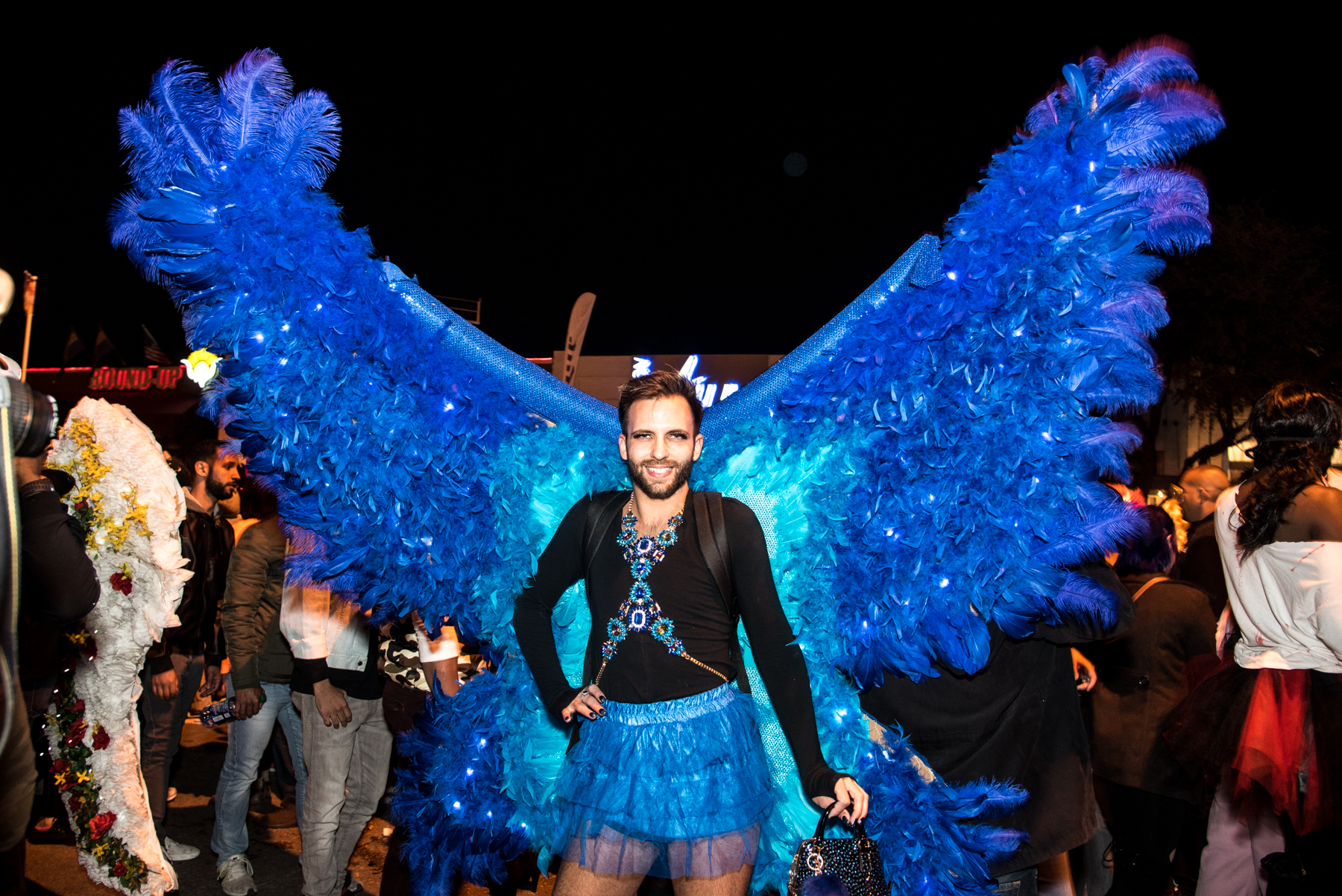 The Statler is hosting Leather and Laces: Halloween Edition on Friday, October 25. The party will be hosted by Jeremy Piven (a.k.a. Ari Gold) and DJ’d by Brandon Olds. Tickets start at $45–but with $10,000 in prizes at stake in the costume contest, you might come out a little richer.

Denton Halloween Fest, hosted by Denton Pride Foundation, will take place on October 31 at the North Texas Fair Grounds. Think your costume has what it takes? Along with their drag shows, they will also host costume contests and a catwalk, where there are multiple prizes, including a first place prize of $500. This event is free and open to all ages.

Join the Terror at Texas Live! Halloween Party on October 26. The night will include music from DJ Dynamix and a costume contest starting at 11 p.m. that has prizes valued over $5,500. Tickets are $5, or $10 at the door.

Heroes Lounge will host the 9th annual Heroes Halloween Ballon October 26. Tickets are $15, and there is a cash prize of $500 for the costume contest. This event will include live music from DJ Petro, as well as a full bar and a Caribbean-based menu.

Celebrating their 20th anniversary, Dragons Halloween Ball, hosted by the Wyndham Garden Dallas North Hotel, presents their theme for this year; ‘Once Upon a Time.’ Doors open at 8 p.m., and the $1,000 and other prizes will be given away at 11:30 p.m. Tickets for this event are $40. 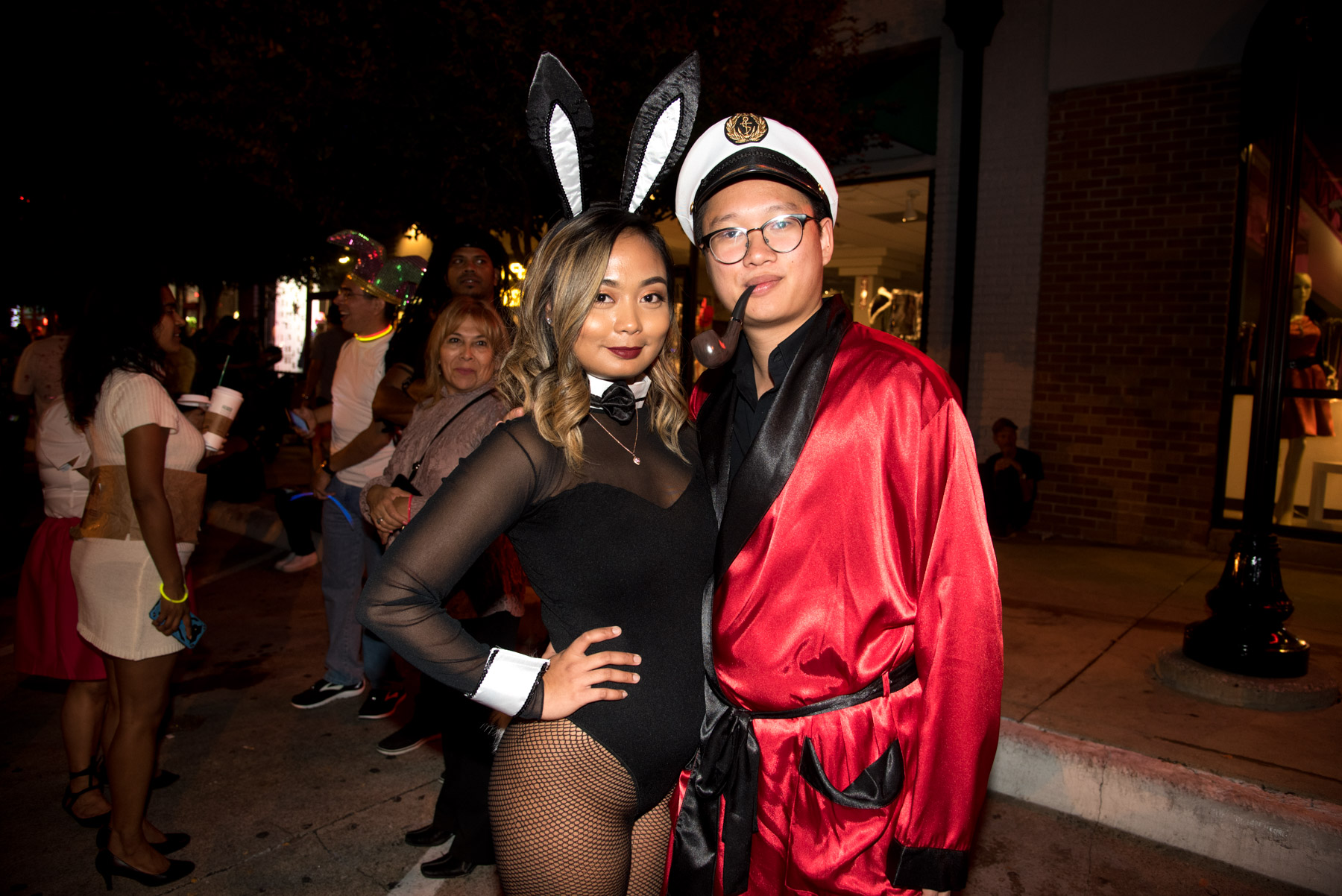 The famous Oak Lawn Block Party is back on October 26 from 7 p.m. to 2 a.m. in the 3900 block of Cedar Springs. The area is fenced off from traffic for the event, making it perfect for a Costume Promenade with live commentary. Round Up Saloon will be decked out in Halloween decor and open during the fun.

The W Dallas will host their annual Halloween Costume Ball on their rooftop bar, Altitude. Tickets start at $35, and attendees can expect champagne, live music, and plenty of Halloween-themed party favors.

House of Blues Dallas will host their 9th annual Mega Masquerade & Costume Bash on October 26. Hosted in their VIP Foundation Room, guests are free to engage in whatever mischief they want to for a night full of live music and fun. The event starts at 10 p.m., and tickets are $15.

Canton Hall’s 3rd annual Throwback 90’s Halloween Party is set to happen on October 31 at 7 p.m. The DJs will be bringing their best playlists, including music from the late 80’s through the early 2000’s. There will also be a free photo booth, and a costume contest with a $200 prize. The show is 18+, and tickets are $10.

The SWEET BAR in Deep Ellum will host this year’s House of Halloween. This year’s theme is Glitter Party, so costumes are encouraged to get as sparkly as possible, and there will be a $500 prize for whoever is deemed best dressed. The event starts at 6 p.m. on October 26, and will include music from DJ ROGERTHAT, NIVEK and MVNKEE. Tickets are $10 at the door. 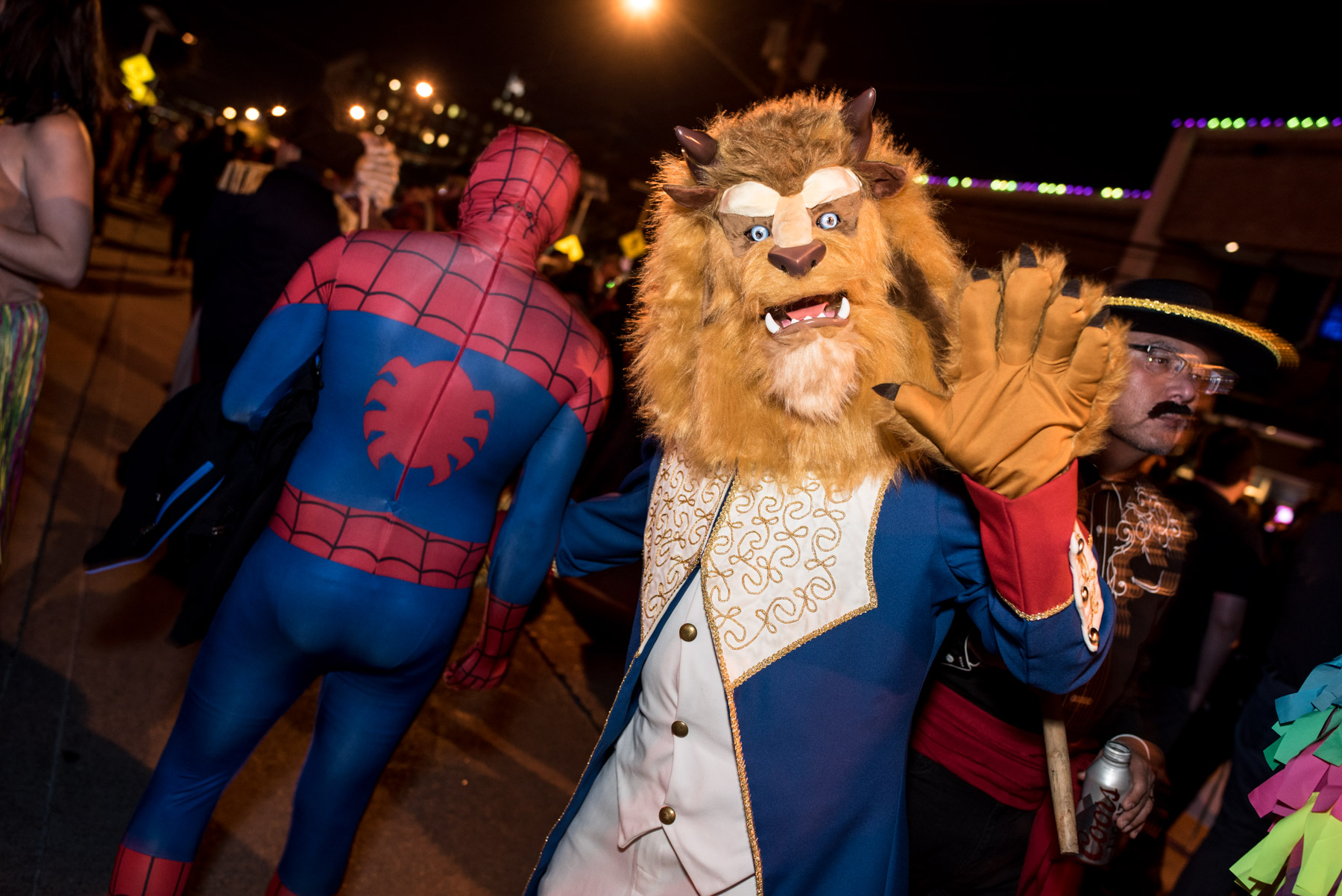 Status Night Club will have three rooms for partying on Dallas’ Horror of the Year party on Halloween night, including Top 40, Hip-Hop and EDM music from KYLECANNON and TWALK. The party starts a 10 p.m., and there will be prizes for the best costumes. Tickets for this event as $10.

Face your fears in style with Hotel Zaza’s annual Halloween Bash. Starting at 10 p.m. on October 25, the party will include light snacks, local DJ’s and spooky specials you won’t find anywhere else. Tickets are $75.

Lizard Lounge holds its 27th annual Halloween Bash on October 26 with music from DJ Johnny Funk and Xavier Grigsby, and a $1000 costume contest. It’s free for everyone before 10 p.m.

Double Wide throws its Spooktacular Halloween Bash on October 26 from 8 p.m. to 2 a.m. with live music by The Rich Girls, Weezing (a Weezer tribute), and The Texas Jesus & Mary Chainsaw Massacre, a $500 costume contest with Frida Monet, and drag performances. Tickets are $10.